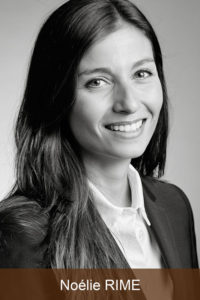 Noélie RIME studied at the University of Geneva. She holds a Bachelor’s and a Master’s degree in Law awarded in 2017 and 2020. In the course of her Master’s degree, she completed an academic research internship in family law, under the supervision of the Prof. Papaux van Delden. Furthermore, she obtained the Certificate in Transnational Law and the Certificate of advanced studies in legal professions in 2018 and 2019.

In parallel, Noélie RIME worked as a legal and administrative assistant at a local private bank and volunteered as a paralegal in a legal advice service.

She joined the Law Firm as a trainee lawyer in October 2020.

Of French mother tongue, she also has good knowledge of English, German and Italian. 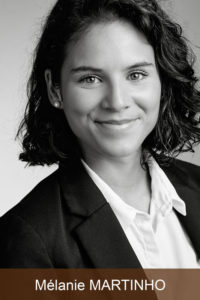 Mélanie MARTINHO holds a Bachelor in Law awarded by the University of Geneva in june 2017.

She also holds a Master of Laws in Civil and Criminal Law from the same university, awarded in 2019. During her Master she did the transnational law program, awarding her with the Certificate in transnational law (CTL).

She joined the Law Firm as a trainee lawyer in August 2020.

Her mother tongues are French and Portuguese. She also has good knowledge of English and Spanish. 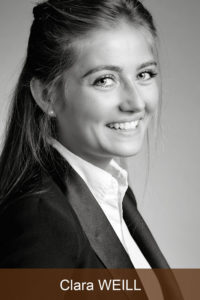 Clara WEILL holds a Bachelor in Law awarded by the University of Fribourg in 2017. During her second year, she participated in the Swiss Moot Court, in which her team reached the second place in the final phase.

She also holds a Master in Law and Economics awarded by the University of Lausanne in 2019. In the course of her studies, she completed some internships within law firms, notably specialized in intellectual property, in Switzerland and Romania. Furthermore, she obtained the Certificate of Advanced Studies in Legal Profession in June 2019.

She joined the Law Firm as a trainee lawyer in January 2020.

Of French mother tongue, she also has good knowledge of English and German.

Carolina MORENO holds a Bachelor and a Master degree in Law from the University of Geneva since respectively 2017 and 2019.
During her Master she enrolled in the Mobility program, and spent two semesters as an exchange student at the University of Zurich.
After obtaining the Specialization Certificate in Law Practice in June 2019, she worked as a legal assistant in a local notary office.
She began her traineeship at the Law Firm in November 2019.
Of French, Italian and Spanish mother tongue, she also has good knowledge of English and German. 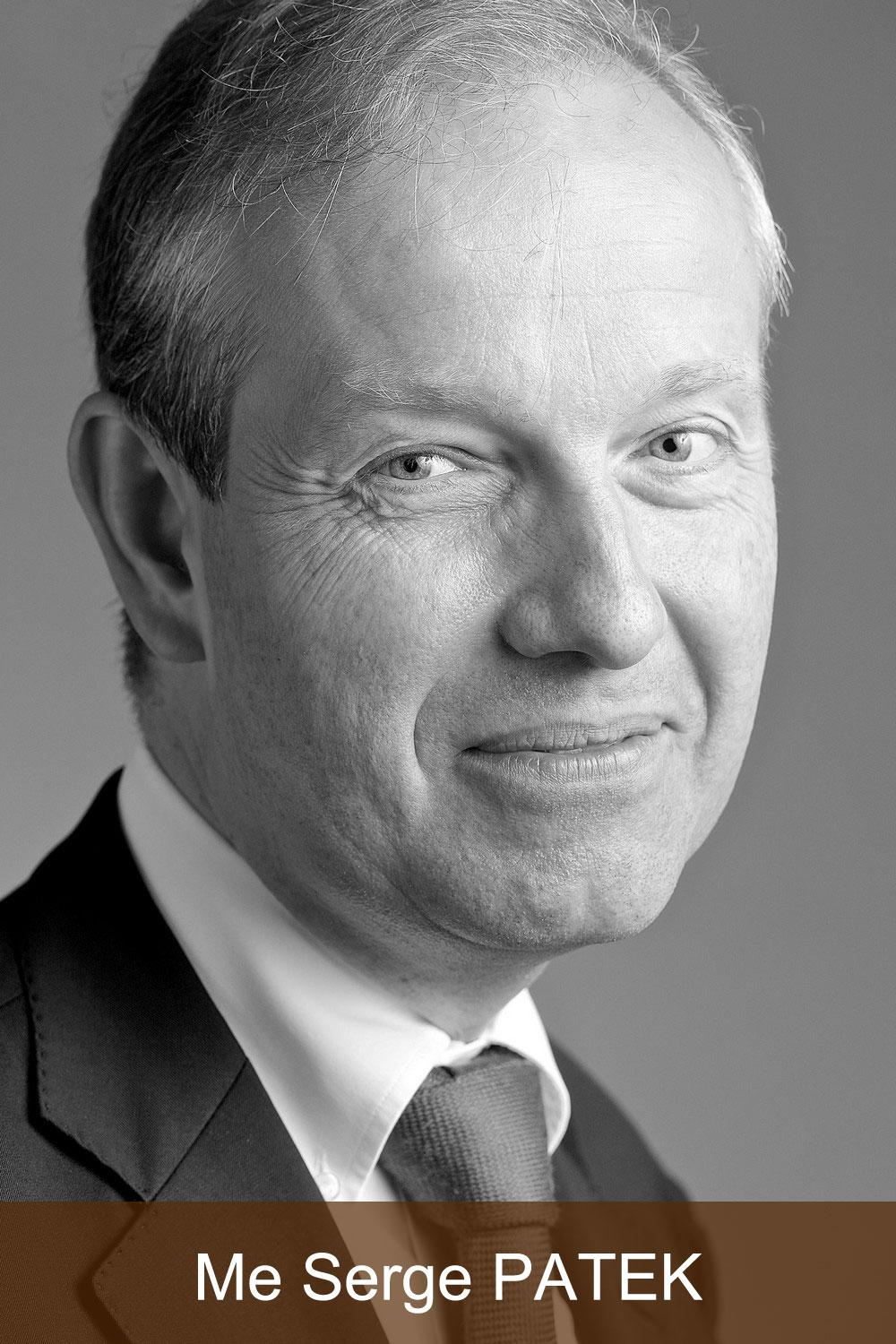 After working for nearly 10 years as a legal expert at two Geneva-based real estate agencies, Serge PATEK began practising as a lawyer in 2007.

He is active in all areas of property law, in particular with respect to leases, construction, rights in immovable property, co-ownership law and administrative law, as well as contract law (including employment and service contracts) and debt collection and bankruptcy law.

He practises mainly in the cantons of Geneva and Vaud, but also in the other French-speaking cantons.

He teaches lease and rent law as well as contract law at the Swiss Union of Real Estate Professionals (USPI) and also works as an expert for the examinations set for property manager and real estate broker licences.

Serge PATEK has been a municipal councillor of the Commune of Veyrier since 2008 and chaired the Veyrier Municipal Council in 2012-2013. He also sat for several years on the Managing Board of the Geneva Liberal Party. 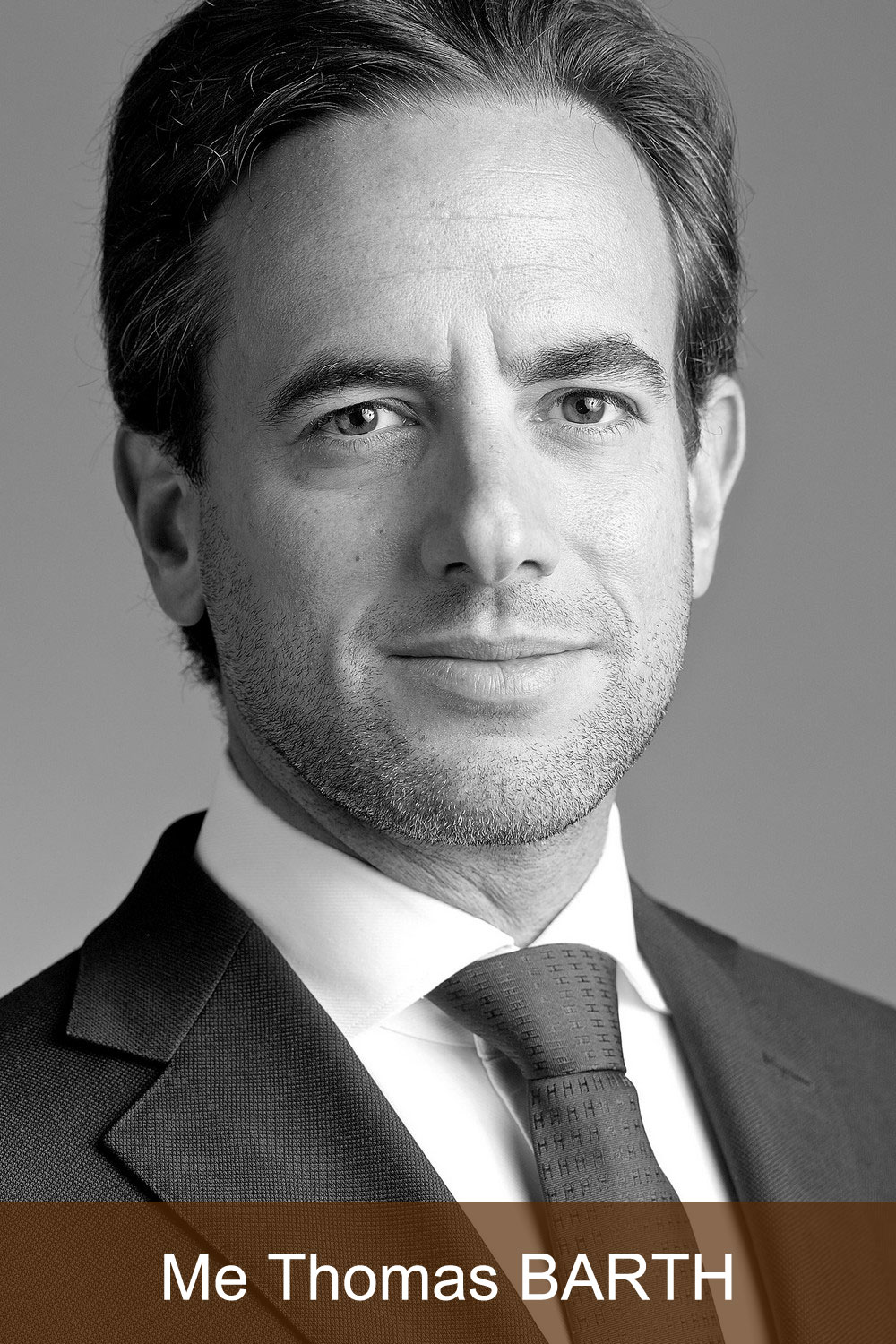 A lawyer for almost 20 years, Thomas BARTH works on a daily basis in family law (separation, divorce, filiation, guardianship), criminal law (general and economic), contract law (including international arbitration as arbitrator and adviser to parties), labour law (employers and employees), medical law (defence of doctors and errors to the prejudice of patients), as well as in administrative, construction and public services law.Thomas BARTH practises in the cantons of Geneva and Vaud (Nyon, Lausanne, east Vaud and north Vaud) as well as at the Federal Supreme Court. He makes occasional visits to Fribourg, the Valais and to the Federal Criminal Court in Bellinzona.Thomas BARTH has been a Deputy Judge at the Criminal Court of Geneva since 2011. He is a member of the Order of Lawyers of Geneva (OdA), the Swiss Bar association (ASA), the International Association of Young Lawyers (AIJA), the Rotary Club of Geneva 1990 and the Board of Trustees of Sidaid.Previously very active in politics, Thomas BARTH was a municipal councillor of Veyrier (12,000 inhabitants) from June 1999 to May 2007 then mayor and administrative councillor of Veyrier from June 2007 to May 2015. He won the 2015 Innovation Prize of the PLR Switzerland for the revision of the communal staff regulations implemented in 2014. 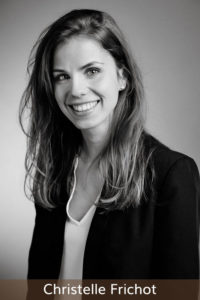 Alexia WASSMER holds a Bachelors degree awarded by the University of Geneva in July 2013, as well as a Master’s in Law from the same University in 2015.

She holds the Certificate of Specialisation in Law Practice from the University of Geneva.

Of French and Italian mother tongues, Alexia WASSMER also has good knowledge of English and German.

Alexia WASSMER joined the law firm Barth & Patek first as a legal expert from November 2016, then as a trainee lawyer from March 2017.

Marina Valero holds a Bachelors degree in Law as well as a Masters in General Law, both awarded by the University of Geneva, respectively in September 2014 and February 2016.

During her Masters studies she took part in an exchange of one semester at the University of Utrecht in the Netherlands, specialising in particular in the field of international labour law.

Marina Valero also worked as a legal assistant with the law firm Rigamonti Avocats from January to October 2016.

She joined the law firm Barth & Patek as a trainee lawyer on 15 November 2016.

Her working languages are French, Spanish and English.

Coraline Duret holds a Bachelors degree in law awarded by the University of Geneva in 2013, as well as a Masters in Criminal and Civil Law from the same University in 2016.

Of French mother tongue, she has good knowledge of English, Italian and German.